Internet slang has become pervasive in the online writing community. According to the online Oxford Dictionary, slang is defined as “A type of language consisting of words and phrases that are regarded as very informal, are more common in speech than writing, and are typically restricted to a particular context or group of people.” Tom Finelli finds that the use of internet slang has increased over the past 15 years. As a leading expert on website development, he states that “it’s nearly impossible to effectively communicate via chat without the use of emoticons and internet language, and the end result is a conversation that would be completely cryptic to the masses just 15 years ago.” As the use of internet slang has increased, I feel that it has had a negative effect on our language. First, the use of slang in the online community has decreased the level of formality in its writings. Language rules are loosening up and general writing is becoming less formal as people increase the use of slang. Second, the use of slang has the potential to cause miscommunication between writers and their readers. The acronyms in today’s slang can carry different meanings for the writer and the reader. Using the acronyms and slang may cause confusion for the older generations as well as certain communities within society. Third, the use of slang may imply lack of education or low literacy and may suggest that people are uneducated. This can make room for judgements and assumptions by the reader. 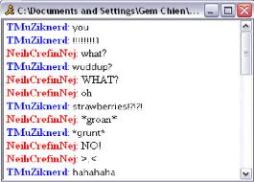 The use of slang has decreased the level of formality of online writing. Robert McCrum, an author as well as an associate editor of ‘The Observer‘, expresses that the new slang has transformed the English language into a more loose, informal and dyspeptic form of language. First, evidence of less formality can be found in classrooms. It has been noted that the internet slang has worked its way into the classroom in many schools. Allie Sakowics expresses in an article, “when we’re using all this social media we’re not thinking about spelling words right, so naturally that’s going to translate into the classroom.” In addition, informal writing can be seen in college admission essays. Dion Lassiter, a professor at the University of Pennsylvania, says, “Admissions officers have shared with me that a lot of essays they’re encountering now are deeply rooted in this technological culture of cut-off sentences where you’re writing like you speak.” The little things such as using ‘yeah’ instead of ‘yes‘ can have dramatic effects on conversations especially in post-secondary schooling where on tests, slang will not be tolerated. Finally, the younger generation may find it difficult to adapt to the formal professional world. The younger generation may become too reliant on the internet slang and they won’t have the proper language skills to write in the professional world. Common literacy will be a challenge instead of being a habit when doing simple things. For example, writing a resume to get a job, filling out an accident report, or sending an email to the boss are examples of formal writing that may be required and may be challenging for the regular slang user. 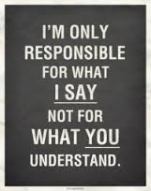 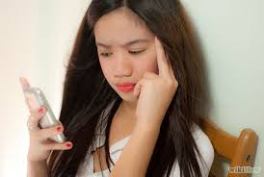 Second, the use of slang, by online writers, has the potential to cause miscommunication. One, poor communication can occur between the generations. As an example, the older generations as well as certain communities have not caught up on certain internet terms. “Idk” is a great example of this. Within the online culture, it means ‘I don’t know’. In the real world it stands for ‘Ident-a-kid’. ‘Ident-a-kid‘ is a child identification program in the United States. Also, in the professional world, miscommunication could be detrimental. Another example of this is the widely used acronym ‘LOL‘, which commonly stands for ‘Laugh out loud’. It has been commonly misinterpreted by parents as ‘lots of love’ when the texting and online community first started expressing this acronym. It was often put into the wrong context and people were confused. To the medical community it means ‘little old lady’. Furthermore, miscommunication can also lead to problems in platonic or romantic relationships. When a message is sent to someone we care about the meaning of the message could be misinterpreted because the emotion is not communicated with just words. Alex Lickerman, M.D., writes “making our meaning clear electronically presents extra challenges. For example, we write things like “LOL” and “LMAO” to describe our laughter, but they’re no real substitute for hearing people laugh, which has real power to lift our spirits when we’re feeling low.” 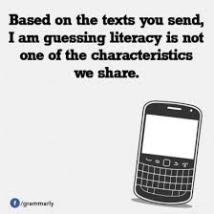 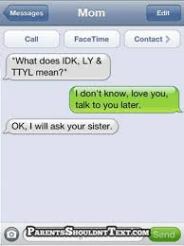 The pervasive use of slang may give the perception of a lack of education. Users of slang may not fit into a normal group of human beings. Steven Poole, a writer for ‘the Guardian’ explains that, “we encounter the idea that anyone using “internet slang” is not a ‘regular adult human being.’ Such an unfortunate must be either an irregular adult human being – perhaps one with chaotic habits of dress or diet, or one who is just, you know, weird.” In addition, writers that use slang may not be part of the educated group of people. Steven Poole suggests that, “Online writing, you see, is destroying the purity of English as we know it and threatening to dumb us all down into a herd of screen-jabbing illiterates.” With this in mind, a professor could make assumptions about his students, an employer might judge an job applicant, and an insurance company may not accept a written accident explanation from a client all based on the use of slang in their writing.

In conclusion, internet slang is has been negative for language users because the use of slang in the online community has decreased the level of formality, the use of slang has the potential to cause miscommunication between the writer and his reader, and the use of slang may imply a lack of education or low literacy. There are no rules or regulations’ when it comes to slang and this can be a severe cause for concern. Of course there are positive when adopting slang into internet lingo; however I strongly believe that there is a time and a place to use it.